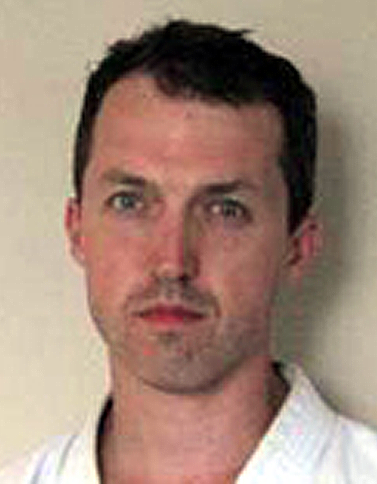 Kyoshi Chad Sheets was interested in martial arts as a youth. After some time spent in wrestling and judo, he began training in Matsubayashi Shorin-Ryu in 1990 at age 19 under Kyoshi Pike in Ohio. Over the next several years he trained with Kyoshi Pike, Sensei James Lyons, several of the senior members/directors, and Hanshi Grant. Since 2001 Kyoshi Sheets has maintained his training and dojo in Illinois, working with a variety of wonderful students. He was promoted to Shichi Dan in 2021 at the WSKF internationals and also hold rank in Ryu Kyu Kobudo and Yang Tai Chi Chuan. Kyoshi Sheets currently serves as the Director of the Black Belt Circle and as an advisor to the WSKF board. He especially enjoys practicing Wankan, Chinto, and Yakusoku Kumite.