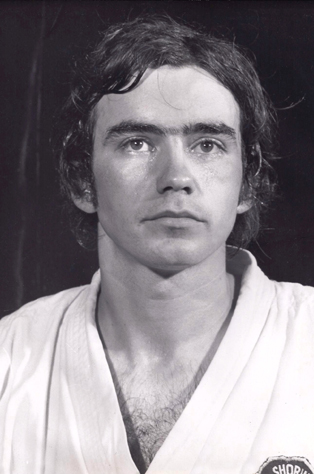 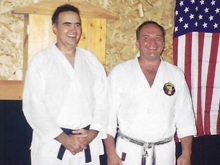 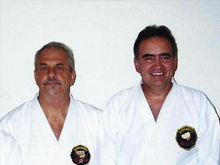 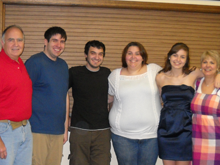 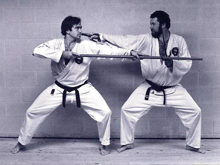 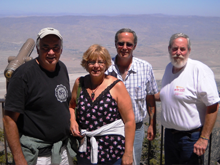 In the early 1960’s, Hanshi recalls Jack's father coming to his home and asking if he would teach his sons karate. He agreed and this is when Jack's martial arts journey began. Within days, Jack walked into the dojo with his two older brothers, Joe and Mike, and when he stood between them, he seemed to be in awe of Hanshi and the surroundings. Hanshi knew this was a monumental event and one that would help shape Jack's life.

Jack and his brothers would walk or ride the bus to class. He had the greatest mentors in his two brothers. When Joe and Mike tried to out-do each other, Jack would stand by and watch. When Jack got older, he was right in the mix with his brothers, causing a stir.


Jack has always been faithful in his karate training. He trained up until he went into the Service in the late 60’s. He was stationed in Okinawa, which was perfect. Jack had a wonderful opportunity to train under Grand Master Nagamine and cherished each class, taking in every piece of Matsubayashi-Ryu he could absorb. Within days of Jack's return to the States, he was back in the dojo training just like he had never left.

Hanshi asked Jack to help out in the dojo by teaching classes. As he watched Jack teach, Hanshi immediately knew Jack had a unique quality to lead. When Jack was asked to open a dojo in Greenville in 1973, he did not hesitate. Jack ventured back toward home and opened a dojo in Beavercreek in the early 80’s and now has a dojo in Columbus.

Throughout the years, Jack has never complained and has always been there for Hanshi. Hanshi describes Jack as "a perfectionist with an incredible thirst for knowledge." Over the years, Jack has put his heart and soul into Matsubayashi-Ryu, and has always been able to balance his family, career and training. Jack has unwavering support from his wife Lori, and his four children. Lori says, "karate is what brought Jack and I together and it continues to enrich our lives."

Many students have benefitted over the years from Jack's passion for Matsubayashi-Ryu. He has touched many lives through his teachings and has put his indelible mark on each and every person he has encountered. Kyoshi Olin said, "Jack has tremendous integrity, honesty, commitment and has incredible drive in everything he does. He is someone you can count on."

Kyoshi Leistner believes, "being one of Jack’s students from the early days I can assure you he had a huge impact on my life in Matsubayashi-Ryu. I truly believe if he had not guided me on to the deck the very first day I visited to watch class, I may not have returned to become a student. What a great loss that would have been for me. I strive to uphold my Sensei’s integrity and passion not only in karate-do but in my everyday life. THANK YOU Kyoshi McPeek.”