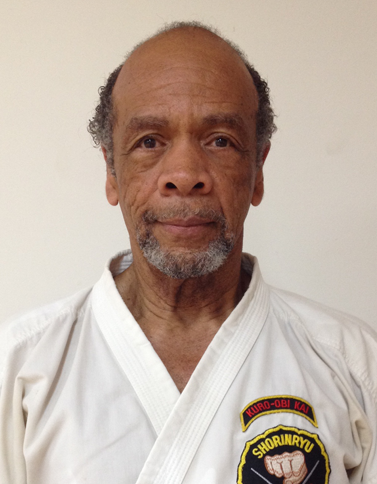 Tommie Harris started his martial arts training in 1961 at the Bushi Kai Dojo on Patterson Blvd. in Dayton, OH. This is when he met Hanshi Grant, who was a Green Belt at the dojo. In 1963 when Hanshi Grant opened the 5th Street Dojo, he continued his training. He was the first student to earn a Black Belt under Hanshi Grant in August, 1967. In addition to training with Hanshi Grant on 5th Street, Hanshi Harris also trained at the dojos on Troy Street and Tipp City in Ohio, Kentucky, and Piqua, Ohio. He was one of the main instructors teaching classes throughout the years and while Hanshi Grant was training in Okinawa. Hanshi Harris is a Senior Director on the WSKF Board of Directors. He currently holds the rank of Ku Dan in Matsubayashi Shorin-Ryu and Sho Dan in Kobudo. His favorite basic kata is Pinan Shodan and Kusanku is his favorite advanced kata.