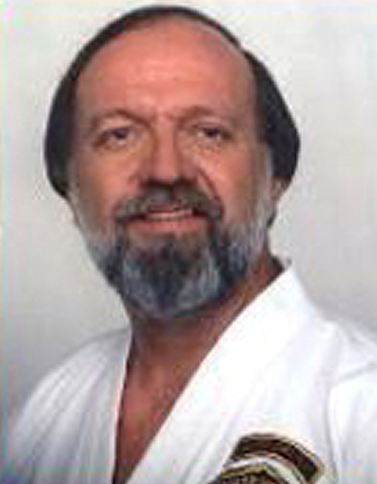 Kyoshi Jim Driggs began training in Shorin-Ryu Karate in 1963 under Sensei James Wax, the first American black belt in Shorin-Ryu. He opened his first dojo with Sensei Takayoshi Nagamine and he trained and studied with Hanshi Grant for over 20 years. He traveled with Hanshi over a span of 5 years, teaching clinics and promoting Shorin-Ryu Karate. Over the years, he held the office of Sales and Promotional Director, Chief Director and served as an Advisor to the WSKF Board of Directors. For 6 years, Kyoshi Driggs held the Man of the Mountain event which later developed into the WSKF Internationals. Kyoshi Driggs holds the rank of Ku Dan. His favorite kata was Naihanchi Sandan. Kyoshi Driggs was born on 01/20/1942 and passed away on 2/11/2019.