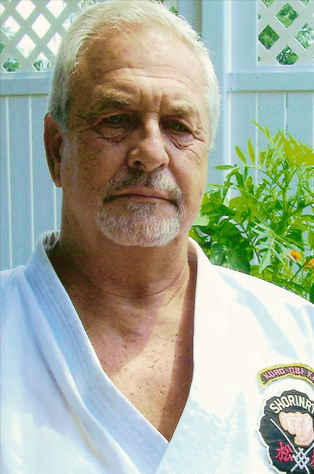 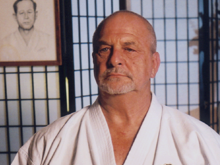 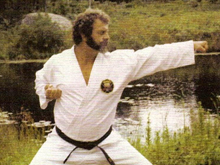 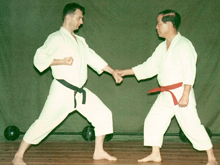 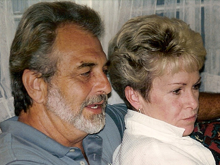 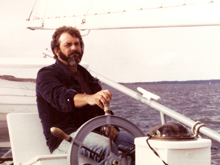 Hanshi Frank Grant began in karate in 1959, studying under the demanding and watchful eye of Sensei James Wax. In July 1963, Hanshi Grant obtained his Sho Dan. Shortly thereafter, Hanshi Grant started teaching a small group of students in his East Dayton home. In 1965 and in partnership with Sensei Ansei Ueshiro, Hanshi Grant opened his first commercial karate school in Dayton. Hanshi Grant received his Ni-Dan in 1965. It was Hanshi Grant’s love of karate and his thirst for knowledge that led him to his first of many trips to Okinawa and to his Master and Teacher, Shoshin Nagamine. Hanshi recounts his vision in a dream of the need to find truth in karate, and that could only come from one person… the man at the top, located on a tiny island more than a half a world away. Two weeks later he was knocking on the Master’s door, the place where he’d spend the next 6 months living in the Master’s home and training up to 16 hours per day directly under the Master’s personal direction. In 1970, Hanshi established the World Shorin-Ryu Karate-Do Federation. Now 35 years after the founding of the WSKF and more than 45 years after Hanshi first started training in karate, the WSKF is one of the strongest and largest organizations in Matsubayashi-Ryu Karate. Today, the WSKF is the legacy of Hanshi Frank Grant and as he states, it is his tribute to his master.