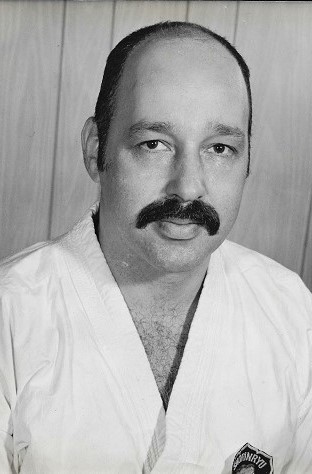 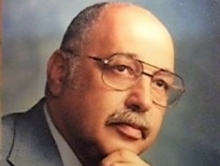 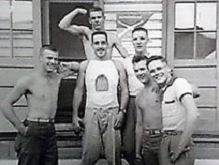 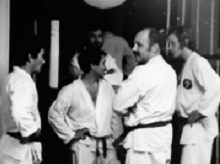 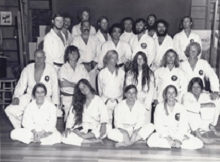 Ronald Jay "Doc" Segar, M.D. was born in Detroit, Michigan on February 14, 1933. He was one of Hanshi Grant's beloved black belts. He began his karate training in 1969 after his family had enrolled in Hanshi's 5th Street Dojo a year earlier. At that time, his wife had seen a demonstration at the Salem Mall and wanted to get her son, David involved. Soon after, she and their daughter, Karen also enrolled. Grudgingly, Dr. Segar also joined. He at first didn't see karate's worth but then became impressed at his family's emerging skills and embraced the physical workout.


Not one to shy away from the physical, Doc received his practical training from the 82nd Airborne Division of the Army. His service to the country came when he was in college at the University of Michigan. While at U. of M. he read a book on paratroopers called Those Devils in Baggy Pants, after which he promptly dropped out of college and enlisted. Despite a parachuting accident where he broke his back and was in a full body cast for months, he fulfilled his military commitment and was honorably discharged.

After he was discharged, he went to an interview at the DeSoto Motor Company, and ran into a Russian-Estonian immigrant women who was also there to interview. He waited for her interview to finish and ran after her to introduce himself. Doc and Nina were married for 21 years. After their wedding, we went back to college and finished his Undergraduate Degree at Wayne State University in Detroit. He then enrolled and finished medical school in 1961 and became a surgeon. He went to school by day and worked as a switchman on the railroad by night.

When his schedule became too consumed by his medical and surgical practice at Good Samaritan Hospital, he arranged to train at Sensei Hartley's Dojo. He and many of Hanshi's black belts from the 5th Street Dojo would come and train alongside each other on Sunday mornings. He loved karate as it became a part of his life; his way of life. He loved to strike the makiwara with his shuto, but would never break wood or concrete because his hands were insured.

Dr. Segar was one of Hanshi Grant's greatest assets in his dojo. He was a very kind man that was a great friend to Hanshi and his students. He would always take care of his dojo brothers' and sisters' medical problems whenever they needed him. He loved how everyone at the dojo was humble in their daily lives, especially Hanshi. He lived for the training and went every night the 5th Street Dojo was open. He often said, "I've never gone through so much pain to feel this good." He received his Black Belt in 1973. Doc passed away on April 19, 1994, but his family believes he is in heaven smiling at this memorial; tickled because he never stopped loving the art of Matsubayashi-Ryu, Shorin-Ryu karate-do.