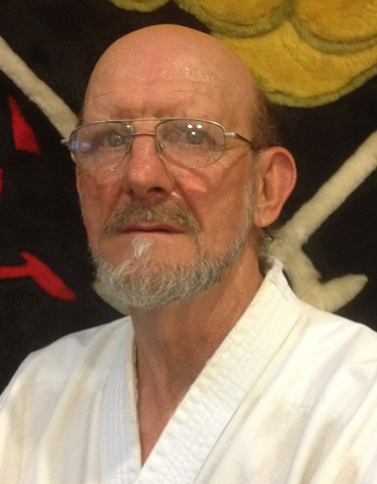 Larry Howard began his martial arts training in 1973 at Hanshi Frank Grant's Karate Club on Troy Street in Dayton, Ohio. At 20 years of age, Larry thought of Hanshi Grant as a father figure. Larry was impressed that Sensei showed great interest in all of his students and was extremely honored to become a part of this group. In 1977, Larry stopped training and did not return until 1999. When Larry returned, Hanshi Grant put him under the guidance of Hanshi Jeff Leistner in Troy, Ohio. Larry continues to train, holds the rank of Roku Dan and is a certified instructor at the Okinawan Shorin-Ryu Karate Dojo in Troy, Ohio. His favorite kata is Pinan Sho Dan and Wankan is his favorite advanced kata.