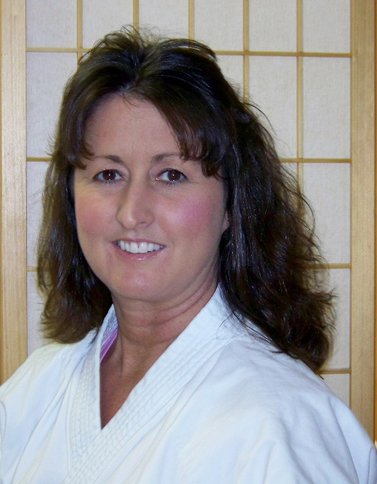 Christine Leistner began training in Okinawa Shorin-Ryu Karate under the direction of Hanshi Frank Grant in 1992. She was promoted to Roku Dan at the 2013 WSKF Internationals in Florida. She also is ranked Sho Dan in Ryu Kyu Kobudo under Kyoshi Devorah Dometrich. Christine has had the opportunity to train under Grand Master Shoshin Nagamine and Master Takoyashi Nagamine. She has held office as WSKF Treasurer for five years before stepping down. She and her husband, Hanshi Jeff Leistner, currently own and operate the Okinawan Shorin-Ryu Karate Dojo located in Troy, OH. She enjoys is teaching children classes at the dojo. Her favorite kata is Rohai.